This hilarious comedy took place at the Great River Shakespeare Festival in Winona, Minnesota. It was one of three shows produced for the summer festival, along with King Lear and Two Gentlemen of Verona. This play is based on the works of William Shakespeare where three characters, who have a tremendous appreciation for Shakespeare, attempt to act out the entirety of his work in an hour and a half. The three actors take on numerous characters to educate the audience, as well as comically entertain, about the writings of William Shakespeare.

As this was a comedy, it was important for the lighting to be cheery and bright. However, when the actors portrayed each Shakespearean play or prose, I was able to make bold gestures to specify the mood and location of each work. I also became part of the comedy as the actors would signal “Bob”, the lighting designer, to bring up different looks or I would “play” with them by bringing up specials where actors were not and then taking them out as they would try to find their light, for comedic effect. 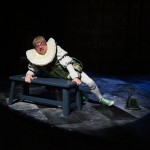 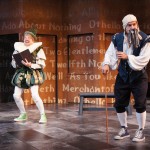 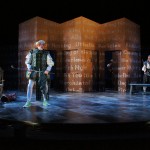 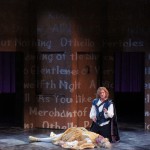