The Colored Museum, written by George C. Wolfe, is an archival of the African-American struggle tracing several characters through their “existence”, or non-existence, within the confines of American society and ultimately its dominant whiteness. The play takes place in a museum but then branches out into several different locales representing the African-American experiences which are like museum exhibits. The museum then becomes this enclosing white space creating a forced perspective where the black being is excluded and alienated from the “civilized” atmosphere of the museum. The museum also doubles as the hull of a slave ship where once again these black bodies are contained and commoditized. Throughout the play, we are harkened back to this image as we view the exhibits and how this group of people have been stripped of identity and humanity.

In my design, I assisted in creating this white, stark and oppressive space by using blinding white light, high angles, and cooler tones. I also played with shadows as these displaced people exist in the darkness, like the hull of a slave ship. I achieved this through steeper angles as well as single sources which often left the actors partially lit and often visually cut their forms in half with light. Back lighting was very helpful in my design which left the characters faceless and unseen to emphasize their non-existence in society. Some scenes required a more colorful palette representing the lively and vibrant nature of the African-American culture. 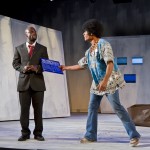 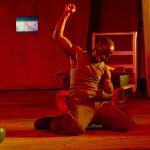 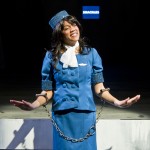 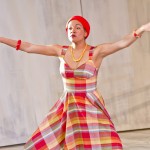 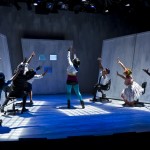 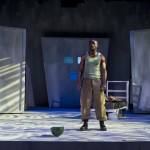 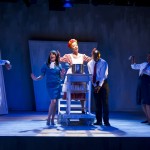 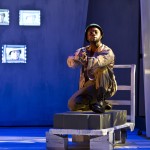 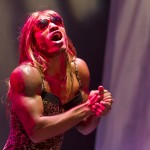 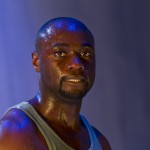 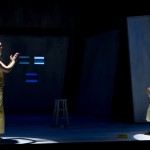