The Old Maid and the Thief by Gian Carlo Menotti, an Italian-American composer, was originally broadcast by NBC in 1939 as a radio series and was later adapted for the stage in 1941. In a time where many stage productions and comic strips were adapted for radio, this opera was composed specifically for the radio. This opera was written in The Golden Age of Radio before television infiltrated homes around the country and where many Americans were glued to their radios instead of TV’s. Many Americans were transported into the varying worlds they heard on those little boxes in the comfort of their homes.

I incorporated both radio and film influences into my design by contrasting the radio station as the “real world” with this gritty, almost dingy quality versus hearing the story on the radio and being transported into a film noir style setting. The radio station was confined to one room or area onstage whereas the film aspect of my design incorporated shadowy elements like louvres, back lighting, and slashes of light. 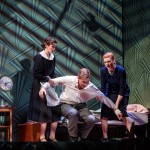 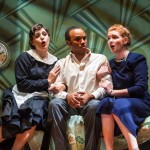 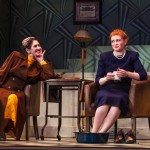 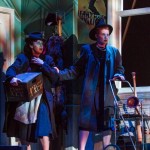 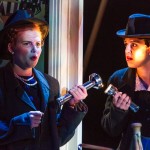 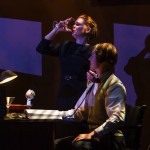 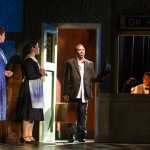 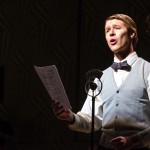 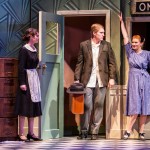 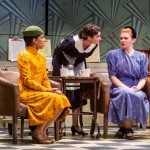